Professional and Business History:
Cory Miller is a co-founder of Miller Lyden, P.C. which began in January 2016.

Growing up in the Northwoods of Wisconsin, Cory was born and raised in his hometown of Chippewa Falls, Wisconsin where he graduated before attending the University of Wisconsin in Eau Claire, Wisconsin. In 1997, Cory received his Law Degree from the Hamline University School of Law in St. Paul, Minnesota. After graduation, Cory returned to his hometown where he served his community both as a prosecutor as well as a defense attorney before relocating with his family to Lancaster, Pennsylvania in 2001.

Cory has spent the last two decades developing his criminal practice throughout southeast Pennsylvania and is Capital Case certified in the Pennsylvania state courts. In addition to his state practice, Cory is licensed to practice law in the Federal Courts of the Eastern and Middle Districts of Pennsylvania. Outside of Court, Cory serves his community as Chairman of the West Earl Township Zoning Board and also sits on the Board of Directors, as Secretary, for Revelations of Freedom Ministries, a faith-based treatment center located in Blue Ball, PA.

Personal:
Cory was born and raised in the Northwoods of Wisconsin where he developed his down-to-earth personality and a strong personal rapport with others at an early age. While in college at the University of Wisconsin, he enjoyed participation in college Forensics where he excelled and reached the National Finals in debate. In his spare time, he was both a Back-country canoe and fishing guide as well as snowboarding instructor. Relocating his law practice to Pennsylvania in 1998, he continues to apply his past experiences to the practice of law as a criminal trial attorney. When not in a courtroom, he now shares his passion for sports and the outdoors with his family. Cory currently resides in West Earl Township, Lancaster County with his wife and children. Cory and his family are members of the Saint John Neumann Catholic Church in Lancaster, Pennsylvania.

Cory J. Miller in the News

New Providence man acquitted of most serious charges in brawl with trooper
Lancaster Online | May 8, 2013 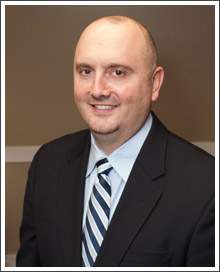