Miller Lyden P.C. handles a wide variety of juvenile law matters from disciplinary actions at school to representation of criminal offenses through the Juvenile Legal System.

We will represent the legal rights and best interests of youth offenders and their families in all stages of representation.

If you need representation in juvenile law matters

Children in Pennsylvania are not immune to criminal prosecution and in the event that a minor child is exposed to criminal charges, an experienced juvenile legal team like the attorneys at Miller Lyden are needed to avoid the potential consequences of criminal record—a conviction that can haunt your child into their adulthood and impact both their education and career.

At Miller Lyden P.C. we handle a wide variety of juvenile law matters from disciplinary actions at school to representation of criminal offenses through the Juvenile Legal System. Regardless of your needs, we represent the legal rights and best interests of youth offenders and their families in the Court of Common Pleas.

In Pennsylvania, a delinquent child is any minor 10 years or older whom the court has adjudicated of a delinquent act and is therefore in need of treatment, supervision, or rehabilitation. The laws governing the juvenile criminal process are defined in Title 42, Chapter 63 of the Rules of Criminal Procedure. 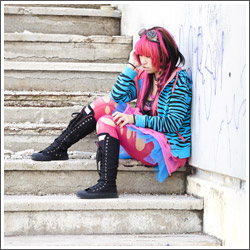 Juvenile proceedings in Pennsylvania begin when the Commonwealth, through a law enforcement officer or district attorney, files a court petition charging a minor with criminal activity. Once the petition is filed, a minor and their family are scheduled to meet with a juvenile probation officer to discuss the charged offenses and the rights of the minor child. Following this meeting, an adjudicatory hearing is scheduled before a Court of Common Pleas judge and the court process begins.

Once a case proceeds to Common Pleas, the minor child along with their parents and attorney appear in Court to address the filed charges. Court hearings before the Judge can span several court appearances over several weeks and even months as the allegations of the offense are contemplated and outcome of the case is negotiated by the prosecutor and defense counsel. Ultimately, a juvenile case will be resolved in one of several ways. Charges can be dismissed by the District Attorney, a child can admit to the original charges, or even reduced charges, and be adjudicated delinquent. In some cases, the Commonwealth may allow your child to participate in a diversional outcome referred to as a ‘consent decree’ allowing the child to complete specific conditions and programs in exchange for allowing the charges to be dismissed. In the event that no resolution can be made between the parties, a child also has the option to take a hearing before the Court—much like an adult trial, to determine whether there is enough evidence to establish that the juvenile did indeed commit the alleged offense.

If the judge determines your child as responsible for the criminal act or delinquent, the Court will sentence your child to some form of treatment, supervision, rehabilitation, or confinement. This decision can be appealed within 30 days of the disposition. The appeal must be filed with the Superior Court of Pennsylvania.